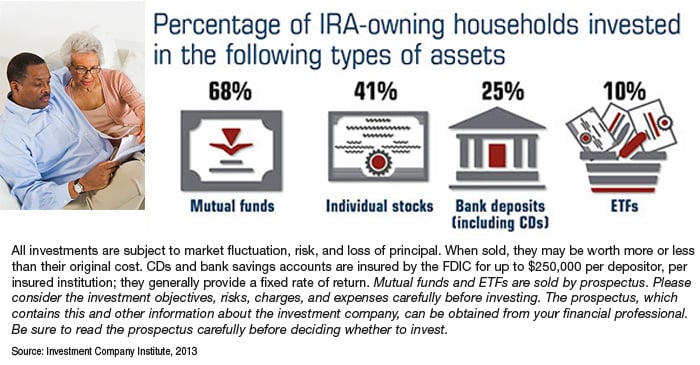 A 2014 U.S. tax court ruling related to IRA rollovers caught IRA owners and experts by surprise. In the case of Bobrow v. Commissioner, the court’s new interpretation of a key rule contradicts the position that the IRS has taken for the last 20 years and that was clearly stated in IRS Publication 590.1

There are two ways to move money from one IRA to another without losing the tax-deferred status of the funds or incurring the 10% federal income tax penalty for early withdrawals: a direct transfer and a rollover.

A trustee-to-trustee (direct) transfer is when money is moved directly from one custodian to another; the funds never touch the owner’s hands. There is no limit on the number of direct transfers that can be made because they are not considered distributions or rollover contributions.

With a rollover, the IRA owner receives a distribution and must deposit the funds in a different IRA within 60 days. When a 60-day rollover is executed, the taxpayer cannot conduct another one for 365 days (with certain exceptions).

Once Is Enough
The tax court ruling has resulted in a significant change in how the IRS plans to implement the long-standing “once per year” rule going forward. In the past, the rule was applied separately to each IRA, so an investor who owned multiple IRAs might be allowed more than one rollover in a 12-month period.

Now, to comply with the court’s decision, the IRS plans to apply the rule on an aggregate basis. Starting in January 2015, a taxpayer can perform only one 60-day tax-free rollover each year, regardless of how many IRAs are owned. The clock starts ticking on the day the IRA distribution is received.

Each additional 60-day rollover would be considered a taxable distribution, which is subject to ordinary income taxes plus the 10% early-withdrawal penalty for those younger than 59½. And when an IRA owner contributes more than allowed by law in a given year, whether by exceeding the contribution limit or making more than one 60-day rollover, a 6% excise tax penalty is assessed for each year the excess contribution remains in the account.

Who Could Be Affected
The new guidelines are apparently meant to keep IRA owners from repeatedly using rollovers to give themselves short-term loans — taking withdrawals and using the money as they wish, then returning it to a different IRA within 60 days.

People who hold assets in bank IRAs backed by certificates of deposit (CDs) may also run into problems, specifically bank customers who cash out when CDs mature and physically take the check to a different bank to buy new ones.

A simple way to avoid a potentially costly mistake and keep your retirement savings intact is to use a trustee-to-trustee transfer when moving funds between IRAs. Also keep in mind that the once-per-year rule does not apply to rollovers made from or to an employer-sponsored retirement plan such as a 401(k), nor does it apply to conversions of traditional IRAs to Roth IRAs.

The information in this article is not intended as tax or legal advice, and it may not be relied on for the purpose of avoiding any federal tax penalties. You are encouraged to seek tax or legal advice from an independent professional advisor. The content is derived from sources believed to be accurate. Neither the information presented nor any opinion expressed constitutes a solicitation for the purchase or sale of any security. This material was written and prepared by Emerald. Copyright 2014 Emerald Connect, LLC.