Blog > The 10 Best States to Spend Retirement, Part I

The 10 Best States to Spend Retirement, Part I 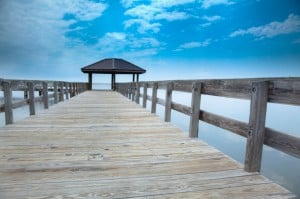 Not that long ago, if you planned on moving out of your home state for retirement, everyone assumed you were probably going to one of just two places: Florida or Arizona. Today, however, not only is this assumption a bit trite, but it is also highly misinformed. These realities are borne out in a study recently conducted by MoneyRates.com aimed at determining what makes certain states more appealing to retirees.

MoneyRates.com does recognize that there are several subjective factors Americans find important when choosing their retirement locale, such as family and friends or beautiful natural surroundings, but there are several objective and absolutely quantifiable criteria the company was able to use in order to rank each state’s appeal as a retirement destination. Here are the factors with which the state rankings were measured:

Here is the first half of our top 10 — well, 11, really, due to a tie — states for retirement today according to the research performed by MoneyRates.com:

10. California (tie): The beautiful yearlong weather has long attracted seniors to California, even despite its economic difficulties. What’s more, life expectancies for Americans aged 65 or older are one of the country’s best.

10. Texas (tie): The warm climate, coupled with a stable economy, has been attracting seniors to the Lone Star State for years. Like Arizona, however, Texas has one of the 10 worst overall crime rates in the nation.

9. South Dakota: I’ll just go ahead and say it: South Dakota probably doesn’t leap to mind when considering the best states for retirement. And even though there isn’t a substantial senior population, the seniors who do inhabit South Dakota benefit from its low crime rate (one of the lowest in the nation) and from the fact that South Dakotan seniors have one of the highest average life expectancies in the U.S.

7. Florida (tie): Arguably the best-known state in the nation when it comes to attracting senior citizens, the fact that Florida ranks first in climate and second for life expectancy among individuals aged 65 or older makes it easy to understand why this state is such a senior-population hot spot. Conversely, however, MoneyRates.com does warn that Florida has one of the highest overall crime rates in the country, so finding a safe neighborhood is paramount.

7. New Mexico (tie): Much like the state it shares seventh-place rank with, New Mexico is also known for a temperate and mild climate. And just as with Florida, carefully choosing where to live is crucial, as the crime rate in New Mexico places it as one of the 10 worst states for crime in the country.

6. Colorado: With the fourth fastest-growing senior population in the country, Colorado seniors also enjoy a long life expectancy. And despite the cooler weather, the myriad attractions and activities Colorado boasts seem to more than make up for a few chilly days a year. We’ve just explored the bottom half of the top-ranking states in which retirees often consider spending their golden years, as well as what makes each state so appealing to the senior population. In Part II of this article, we’ll reveal the top five highest-ranked states to live if you’re 65 or older based on the criteria outlined by MoneyRates.com. Stay tuned, you just might be surprised what states made the cut.